2300 Plano Parkway, or NTT Data, presented challenges not often seen on demolition projects. Through a thoughtful and careful process, Lindamood found creative solutions to leave a portion of the building operational and provide a safe working environment for the team.

NTT Data was relocating employees from 2300 Plano Parkway and other facilities to a new location, also in Plano, to consolidate departments and expand operations. Moving two large basement data centers, and the 1,000 employees who oversee it, was an enormous undertaking and could not be done overnight. Plus, a sale of the property transpired during the data center move. The new owners of 2300 Plano Parkway wanted to demolish an existing building, which meant NTT Data had to lease back space to remain operational until the data centers were ready for migration. This meant a two-story building had to remain intact, but it was adjoined to a four-story building set to be demolished.

To protect the two-story building, Lindamood used a robotic machine to create space (“gapping”) between the two adjoined structures. Where the two buildings connected, we removed one column/beam, giving us a 30-foot gap. It is a time consuming and delicate process, but necessary to prevent injuries. Safety is always our top priority.

The building to be demolished was more a three-part building combined into one, and each part had been constructed at different times using different materials. The first portion to go was a full-metal structure; then Lindamood had to tackle the section constructed of tension concrete, before finally turning to the poured-in-place concrete demolition, with walls one-foot thick, and each floor 15 or 20-feet high. Because of the differing building materials, different demolition methods were required for each section.

To minimize weight load during the top-down demolition, we had to demolish and clean each floor before moving on to the floors below. Outside wall separation was accomplished using 120-foot boom lift and 80-foot boom lifts, while team members used rivet busters and hand chipped the walls to prevent debris from adding weight to the active building outside the wall.

Once the team began the four-story separation, a protective layer and foam materials were applied and remained throughout demolitions to prevent damage to surrounding areas, and other buildings not part of the demolition, one of which contained a cafeteria with a diamond-shaped glass roof. The team placed hard barriers round the demolished floors and areas using cable wrapping around columns to prevent access by anyone other than the Lindamood team.

To further complicate the project, the basement of the demolished building was to remain untouched and operational – something not often seen in demolition. Typically, when a building is set to be demolished, the basement goes with it. Lindamood devised a plan that allowed the utilities, such as water and gas lines, to remain intact and functional, while protecting the building’s floor –­ or in this case, the basement’s ceiling. 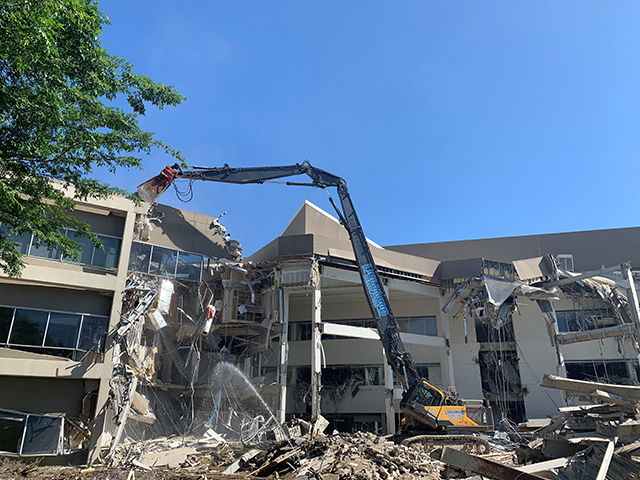 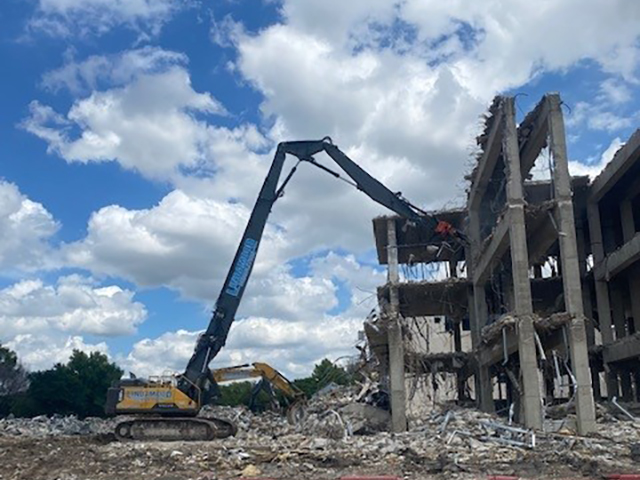 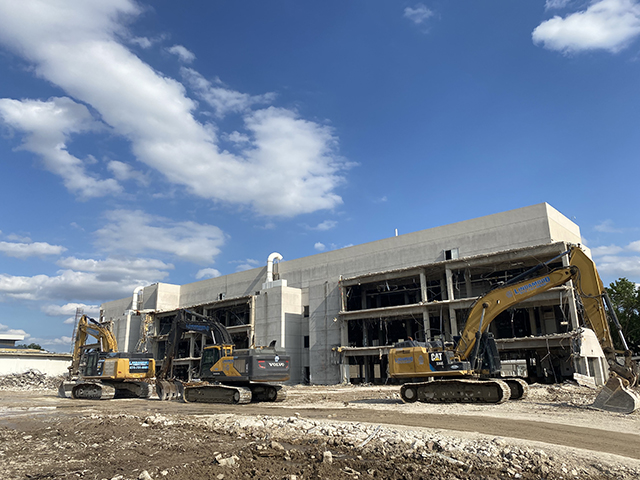 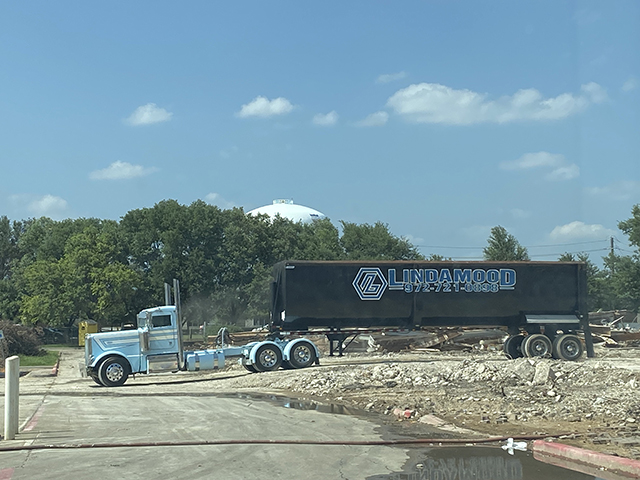 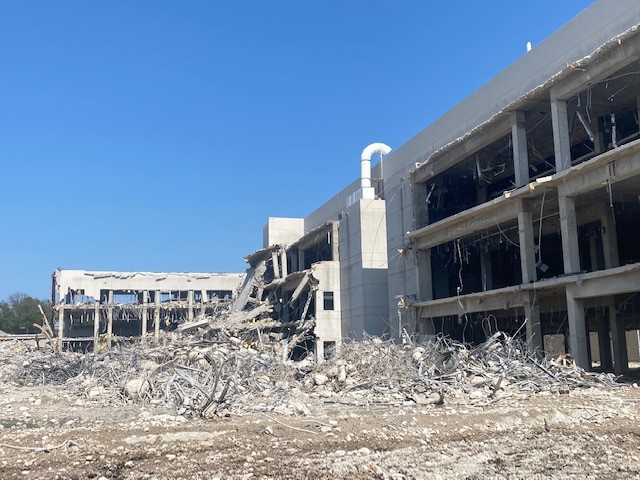 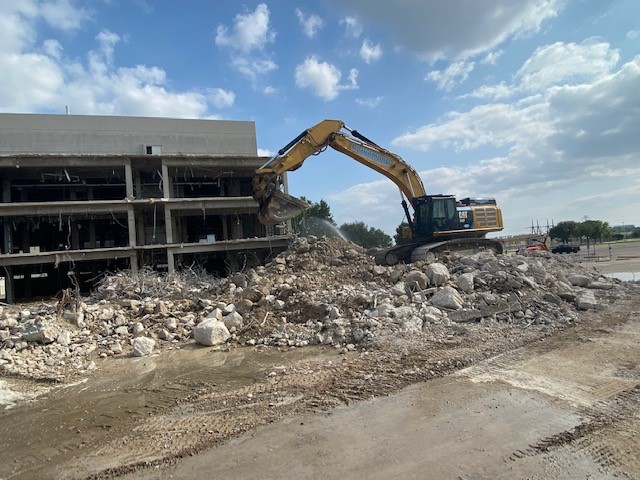